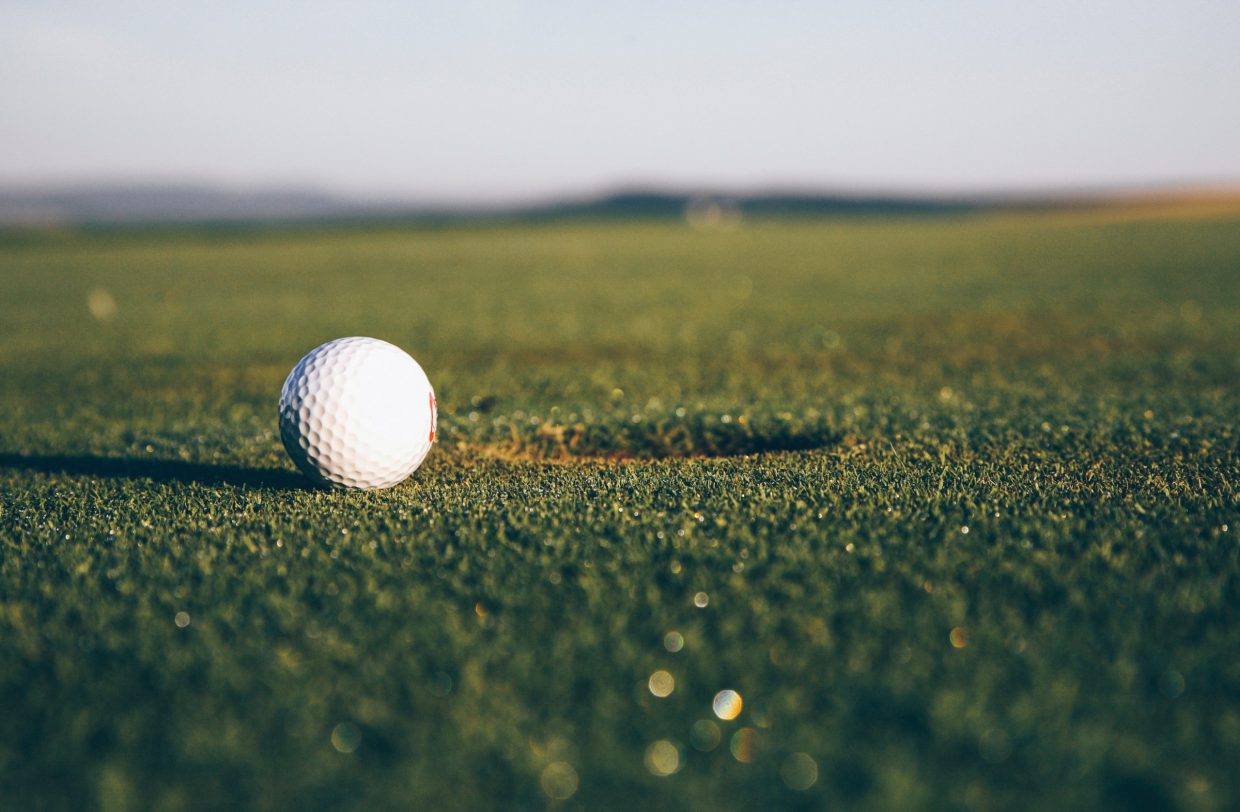 I've been involved in the world of golf for just over five years now, staying on top of game improvement methods, the latest technologies and news.


There are lots of golf balls available for high handicappers from Bridgestone and this guide will indicate which ball you may want to choose for the golf you have planned ahead.

It’s a little known fact that Tiger Woods has used golf balls made by Bridgestone since the year 2000. When Nike came away from the equipment side of the golf industry Tiger was open for new brands and sponsorship. He started with the golf ball and he chose Bridgestone.

As a high handicapper you may struggle with consistency in your game. Repeatability and naturally loosing golf balls is an inevitable factor which could be costly over time. One way to ensure more consistency is to use the same ball so there are no changes in how the ball bounces from your club.

Then there’s the cost to reduce the impact of coming off the golf courses with fewer balls than you started with, and getting your phone out to order more from places like Amazon.

1. Where are Bridgestone golf balls made?

2. How long have Bridgestone been making Golf balls?

3. What is the best Bridgestone golf ball for 90mph swing?

4. What is the best Bridgestone golf balls for seniors?

5. What’s the difference between Bridgestone’s Soft and Speed range?

6. Some extra of info on the Cover Material

You will learn what each ball is designed to do and how it may help you on the golf course.

This is a Surlyn cover golf ball with a large soft core. Surlyn is a durable material and it has now been made thinner to allow the core to get bigger. More weight to the perimeter of the ball through a bigger core is good for your accuracy and spin with the bigger clubs.

The core is also soft which allows more compress and release aimed at moderate driver speeds, this also gives a softer feel for those that like that in the rest of the clubs. Available in white and optic yellow.

Made for moderate swing speeds and offers a low compression. A 2-piece construction ball with a Surlyn cover. 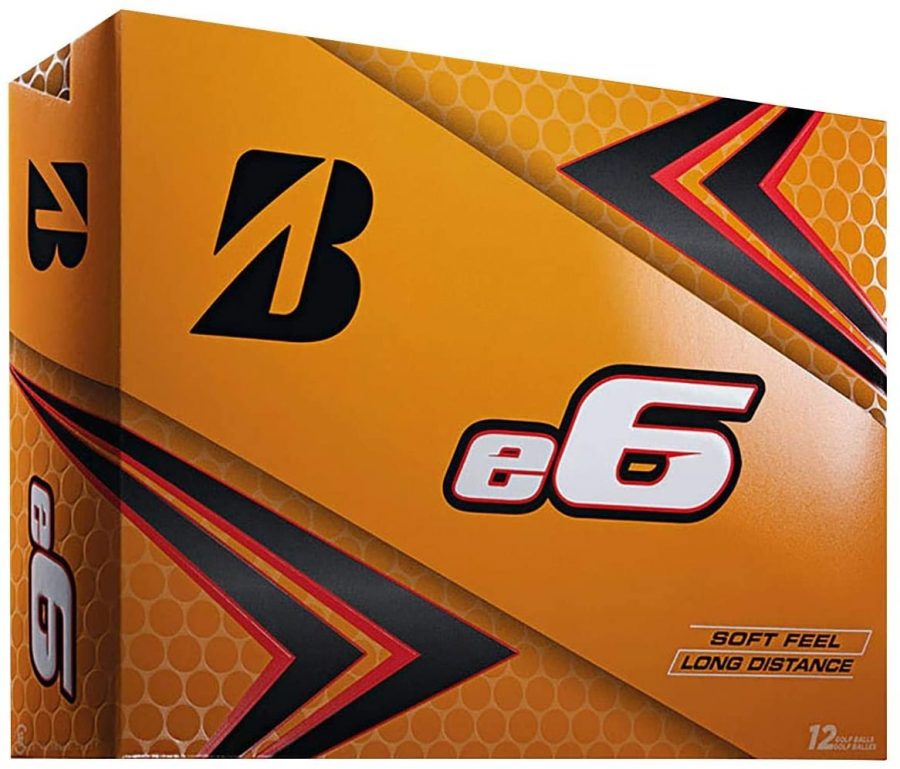 This ball with a little more spend has a dimple within the dimple that Bridgestone are calling the CONTACT force dimple. This changes the aerodynamics through the air and the contact area of the ball on your clubface is said to be 38% more than a traditional ball.

The idea behind all of this is to reduce the horizontal rotation during flight, or less sidespin. The extra contact also helps get more grip on a wedge face so will add some performance when you get nearer to the green. 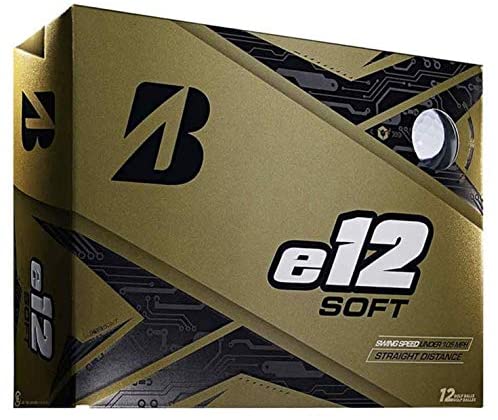 Very similar in design to the standard e6 golf ball but with a bit more squash to help the slower swing speed launch that ball as fast as it can.

Offers even lower compression than the standard e6 above, so even more suited to slower swing speeds.

Same 2 piece construction with that Surlyn cover for extra durability.

Very soft feel with every club . Available in white and optic pink. 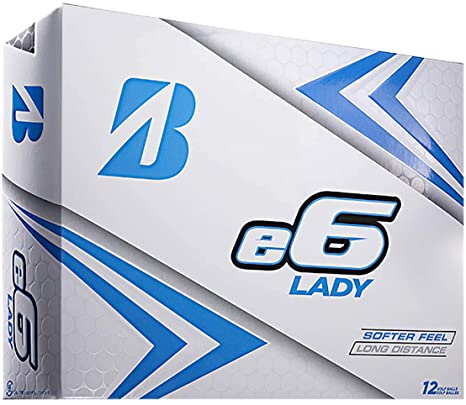 So this is a step up from the previous golf balls altogether. But if you are willing to pay that little extra for the shorter shots around the green, this is where you need to look.

This is a Tour level ball with the insides to suit swing speeds below 105mph.

A Urethane cover is a softer material and it sinks in to the grooves on your wedges much easier than the other covers to give you more green side spin, without compromising distance that the other tour balls may well do. 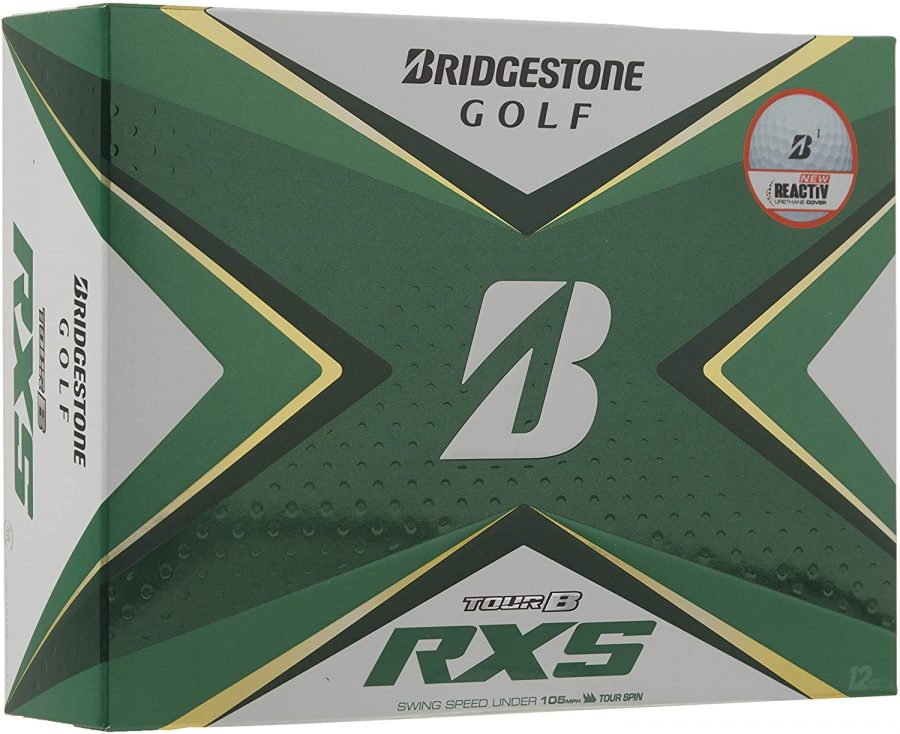 The seamless cover is a design where a harder seam is sometimes found around the middle of a ball when the outer cover is applied in manufacturing. Bridgestone have no seam and it’s the same compression from any point on the ball.

Still offers low compression, but has a dual dimple design for maximising greenside spin. It’s a 3 piece construction with a seamless and urethane cover.

We noticed there were many questions being asked by beginners and high handicappers about Bridgestone balls, which also reaffirmed the popularity at this stage of the game.

Here’s a little more information about Bridgestone which you may also find interesting.

Where are Bridgestone golf balls made?

Bridgestone golf balls are made in their North American headquarters in Covington as of February 1st 2014 when they moved their premium ball manufacturing from Japan. Made in the USA.

How long have Bridgestone been making Golf balls?

Bridgestone have been making golf balls since 1935 when Mr Ishibashi first wen tin to commercial production.

What is the best Bridgestone golf ball for 90mph swing?

What is the best Bridgestone golf balls for seniors?

Naturally, seniors have lower swing speeds and should start their research at the Bridgestone e6 Soft. Consider the extra performance that comes with increased spending from there. For senior golfers I would say the benefits would lie in the soft ball market. They are typically aimed for a slower swing speed. Therefore, the ball compresses easily and springs up into flight with less force than a harder ball. This is the main feature of the e6 ball which gives the biggest benefit to senior golfers.

The e6 also comes with an alignment aid that can help when you are on the green. We’ve talked a lot in this article about flight and distance, however more shots are made or saved around the green. The alignment aid is large and easy to see, which will be helpful when aligning putts.

What’s the difference between Bridgestone’s Soft and Speed range?

The difference between the Soft and the Speed range is the speed in which the targeted golfer swings a club at. The manufacturers make this change by making the compression rate of the ball higher or lower. A soft ball is typically a lower compressed ball. Therefore, it will take less force from the clubhead to generate the force required to get the ball up in the air. This is a benefit because a slower swing speed will be able to gain optimum flight from a soft ball, rather than a hard one. The harder compressed ball will take a higher force from the clubhead to generate the spin and speed required to optimise the distance on the shot.

Generally the Soft is aimed at below 105mph with a driver and the Speed is aimed at above 105mph. When looking at High Handicappers, you would generally find the speeds to be below 105mph.

Some extra of info on the COVER MATERIAL

When looking at the outer covers, I’ve chosen to hint at the materials as it is an indication of a ball being more and less useful when you get nearer to the green.

A lot of information is very much aimed at the driver, but there are other golf clubs in the bag that get used as well. To create spin with a wedge, you need the cover to make more contact with the face and the grooves. The softer Urethane material deforms into the face, grips, and releases with more zip because of that ability to snap back to its original shape.

Its interesting to read about the dimples on the e12 golf ball because the shallower design and ability to allow more contact with the clubface show that its not always about the material. Not for Bridgestone anyway.

To draw to a conclusion on what ball is best for high handicappers, I would have a serious look at the Bridgestone e12 Soft. Reason being is that the fascinating dimple design that catches up on the wedge performance without increasing too much in cost.

The softness of the outer design ooze into your grooves creating a large amount of spin and control around the greens. However, don’t think this will only suit the chip and putter players reading, it’s still a fantastic performer with the driver. So it covers a good range of the clubs in your golf bag regarding performance and is very reasonable on price. For those that want to spend a little less and still get a great golf ball that is very stable with the bigger clubs as well as durable, the Bridgestone e6 soft and e6 Lady are a great place to look.

On the flip side of the coin you have the maximum performance when you get nearer to the green when you consider the Tour B RXS golf ball without compromising the technology you need from the tee at moderate swing speeds. Might not feel so great if you lose a few however.

My advice would be to choose the ball that ticks your boxes and stick to that ball. Personally, I choose a ball at the start of a season and use the same ball for the whole year.

← Prev Article: Top Tips for How to Clean a Golf Bag Next Article: The Best Nike Golf Balls for High Handicappers → 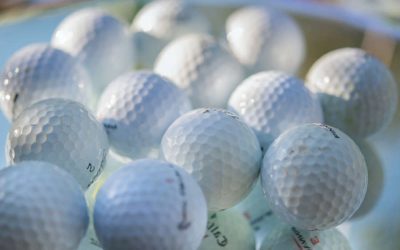 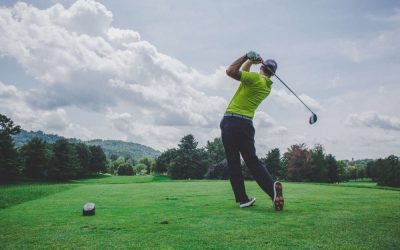 We cover all the important considerations and review FIVE great golf balls to decide on the best golf ball for 90 to 95 mph swing speeds. 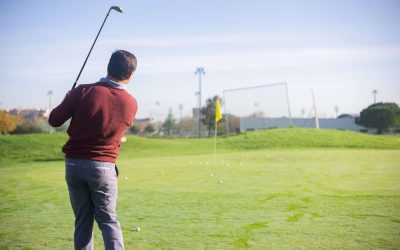 How to Get Backspin on the Golf Ball

I’ve created a simple guide which teaches you how to get backspin on the golf ball, to help you gain more control on your approach shots.